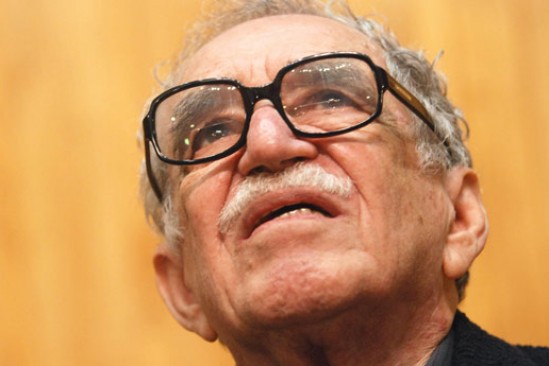 “Colombia could be a cinematographic landmark such as Mexico and Argentina,” so said the Colombian President anticipating 40 premieres in the next two years, facing the 55 Cartagena Film Festival (FICCI – Festival Internacional de Cartagena de Indias) which began last March 12 in the historic city of Cartagena; and that progresses, with a lineup of 83 films in competition until the 17th of this month.

The festival dedicated to the famous writer and Nobel laureate Gabriel Garcia Marquez as a tribute, of whose death the first anniversary on April 17 because the nobel was “one of his closest friends, one of its major proponents, permanent visitor and support of all activities.”

For this reason the festival worked at a symposium, Gabo the retrospective: Las películas de mi vida (The Movies of My Life,) with a screening of some of his favorite films, such as El ladron de bicicletas (The Bicycle Thief), by Vittorio De Sica;Rashomon, by Kurosawa Akira; 2001: A Space Odyssey, by Stanley Kubrick and El General de La Rovere, by Roberto Rossellini.

“The program includes a discussion on Gabo and his films, but not the movies that have been made of him, but the films that influenced him,” said to TVMAS the President of the Board of FICCI, actor and director Salvo Basile.

And it is that García Márquez passion for cinema was such that his literary vocation also used it to write scripts that were brought to the big screen.

Basile noted that this year “the stars of FICCI are the directors” with active participation as South Korean Kim Ki-duk, Argentine Pablo Trapero and Colombian Rodrigo García, son of Garcia Marquez.

“Rodrigo comes and presents his latest film ‘El ultimo dia en el desierto’’ (‘The last day in the desert,’)  said Basile on the closing tape of the festival on March 17.

With a sample of 39 world premieres, 21 Latin American and 1750 projections in over 250 venues including movies in slums, which seeks to bring movies to the most disasvantaged population of the city.

González Iñárritu won the statuette for best director for “Birdman” and Pawlikowski the Best Foreign Film for “Ida”.

The truth is that Colombian film goes through a good time, but the reality is that for Colombia to become an international film landmark as Mexico and Argentina is that it lacks several processes and experiences to complete.The most important thing that it has not managed to capture the public to generate a wider box office, i.e., there is still a disconnect with the public, while the Mexican and Argentinean cinema already solved this, but in Colombia this has not been accomplished and it needs to make that commercial and entertainment movies and art coincide or coexist and bring about a good box office. In conclusion there’s missing actions of the public and private sector to step up marketing and the creativity for exhibition beyond traditional halls and furthermore, they are few.