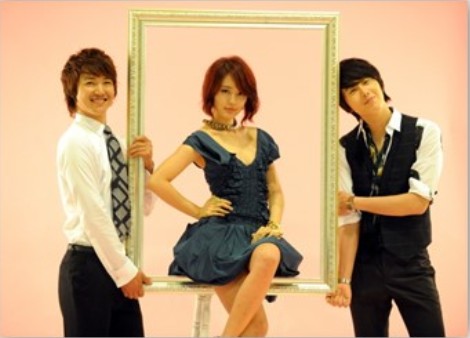 Unusual dynamic and so deep the Korean telenovela Mi Bella Dama (My Fair Lady also known as Take Care of the Young Lady and Princess Castle) was able to achieve significant success in Latin America and the Caribbean, notably in Cuba reaching 70% of loyal viewers.

Within days, the Latin Channel Mira TV from Miami within reach to most parts of Florida, in its strategy of offering innovative options, playing to captivate its market with this South-Korean production on April 6 at 6 in the afternoon.

Televised in more than 10 Spanish speaking countries and Brazil, the telenovela was launched in 2009 by the renowned producer Lee Kim Production, written by Kim Eun-hee, and directed by Ji Young-soo. With luxury and good taste, it presents a young cast that includes performances by renowned actor Yoon San-hyun, award winning actress Yoon Eun-hye, Jung Il-woo and Moon Chae-won.

Korean productions are characterized by producing almost live, through daily recordings, satisfying the preferred audience tastes, measuring their opinions through social networks, forums and websites deciding including the outcome of the story. Therefore, Mi Bella Dama has a chance to cause great impact through the channel managed by Miguel Ferrer.

Actress Yoon Eun-hye plays the role of a wealthy heiress of 25 years, who leads a life of a princess very ostentatious having everything she could have wanted in the world except love. Her life will then be interrupted by a poor man, who plans to conquer the heiress of the Kang-san Group, and who poses as butler trying to get the family fortune, but perhaps something else arises among them despite their differences.

According to official figures, exports of South-Korean productions grew from $ 8 million dollars in 2001 to more than $ 155 million in 2011, with the freshness of their stories, the mostly youthful cast and contrast with the Latino culture to be the key seasonings to achieve success.

You just have to wait a few days to know and throbbing a potential new hit, which announces itself overwhelming, but this time in the Latino community of South Florida.

To view the trailer: http://www.miratv.tv/asi-suena-la-cancion-de-la-serie-mi-bella-dama-en-mira-tv/