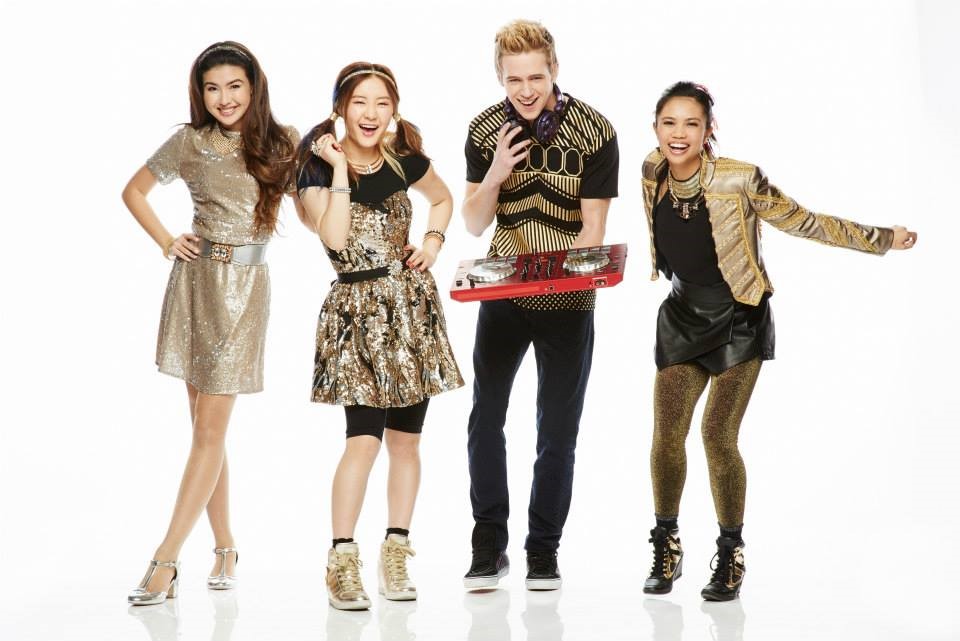 What do them have in common an aspirant pop diva; a fashionista and a studious girl? The music! Three unique girls come together in a boarding school to form their own band inspired by K-Pop in the newest original comedy from Nickelodeon. Co-created by Thomas W. Lynch and the multifaceted Nick Cannon, Make It Pop offers original songs and performances with a touch of modern pop and electronic rhythm of the emerging band, XO-IQ.

This comedy was released on Monday, July 20 by Nickelodeon Latin America and is a series telenovela format with premiere episodes from Monday to Thursday.

It is a new musical comedy of half hour, which follows three girls at a boarding school – diva Sun Hi (Megan Lee), fashionista Jodi (Louriza Tronco) and the studious Corki (Erika Tham), they must learn to live together in harmony in the boarding school. With the help of the schoolmate and aspiring DJ, Caleb (Dale Whibley), the girls evolve from roommates to bandmates and their new band, XO-IQ, becomes the sensation of the school. This fame leads them to compete for a spot in the next musical, all while balancing music, school, love and friendship.

Produced by DHX Media. Lynch and Cannon are executive producers along with Steven DeNure and Anne Loi DHX Media. The musical direction of the series is led by Bill Silva Entertainment, with musical supervision by Peter Coquillard and Pilar McCurry of Silva Music Publishing. XO-IQ is managed by Bill Silva Management.