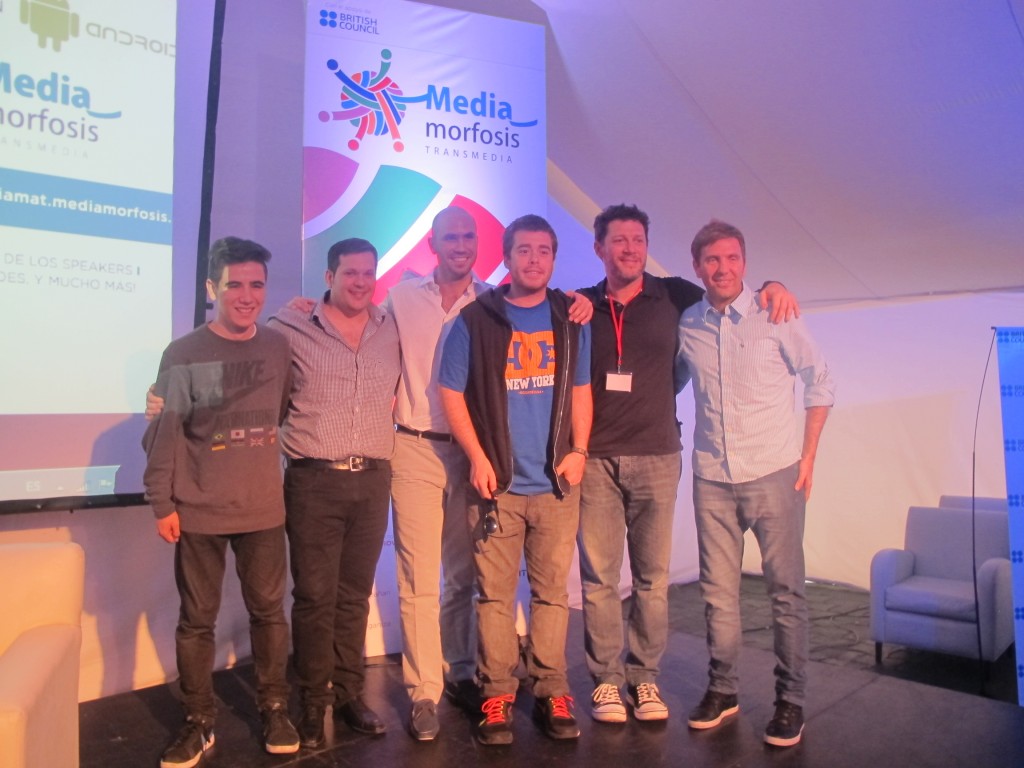 It’s about a multiplatform space of dissemination, exchange and production dedicated to the evolution of media and new trends in entertainment, information and spectacle.

The creator of MEDIAMORPHOSIS is Damian Kirzner who told from the beginning in collaboration with the British Council. With an intense and varied career of nearly 30 years in film, radio and television, Damian is today a pioneer in the region and “evangelizer” of active new transmedia narrative models.

This year in Buenos Aires, Sao Paulo/Brazil and Montevideo/ Uruguay, the most brilliant minds of the region and the world come to the event to present their cases and offer their points of view, debating with media professionals, journalists, researchers, teachers and students from different careers of media communication, production shows and entertainment.

This new edition, which has the support of the British Council and the INCAA, includes conferences, case studies, national and foreign lecturers with various developments within the industry.

Among them stands out David Varela, who will use the case of the series SHERLOCK, to explain how to choose what to narrate on each platform.

From Los Angeles arrives Adam Sigel, consultant of Steven Spielberg, to think about the Design of New Narratives and see what’s old is new again? Adam will explore a series of classical principles that have evolved over the history of cinema that offer valuable information on how to approach the creation of innovative experiences.

Also participating the philosopher Dario Sztajnszrajber, from Australia arrives the award-winning director of stories in Virtual Reality Oscar Raby, from London “estival Director of Sheffield Mark Atkin, the expert in consumer habits Paula Zuccotti, Liz Rosenthal is the Director of the prestigious Festival cross media British “Power to the Pixel” Lalo Mir and Sebastian Wainraich they will participate in a special table on radio, CEO La Nacion Guillermo Rivaben comes to present the transformation of the multiplatform daily centenary, Pablo Aristizabal, Director of “The Creators” will present its educational work transmedia emitting TELEFE and directors Juan Taratuto, Marcelo Piñeyro and Gustavo Cova come to think “The Cinema Future”, among others.

The event will be on August 10th and 11th, in the audiovisual district of Buenos Aires, then it will be the 13th and 14th in the City of Sao Paulo, Brazil, and finally, on August 17th in Montevideo, Uruguay.

In addition, this year there will be in the OCULUS cinemas so the audience can try immersive experiences and will be held together with the British Council, INCAA and “Power to the Pixel” transmedia Competition extraordinary cases, to select 2 transmedia Argentines traveling to London to the Festival “Power to the Pixel”.