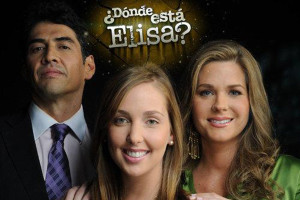 Last July 20, the Colombian adaptation of the original fiction format of Chile written by Pablo Illanes, ¿Dónde Está Elisa?, distributed by Telemundo Internacional, became leader of its time slot of 16.30 pm in Quito (Ecuador) during its premiere last Monday July 20th by Ecuavisa.

The telenovela was imposed over the competition among total households with an average rating of 9.3 and 34.6% share. It was also positioned in the first place also amongst housewives with a rating of 3.9 and 32.1% share.

From this story 10 adaptations have been made in several countries, including that of Telemundo for United States, distributed in more than 50 countries, which on this opportunity was made by Vista Productions in Colombia for Disney Media Distribution.

What is the plot? The disappearance and search for Elisa Leon Jimenez, last seen on the birthday of her father. The investigation unit of the police began to follow the footsteps of Elisa, but later develops a long list of suspects in where her classmates, acquaintances of the Leon family and even their own family are found, by which all may be guilty