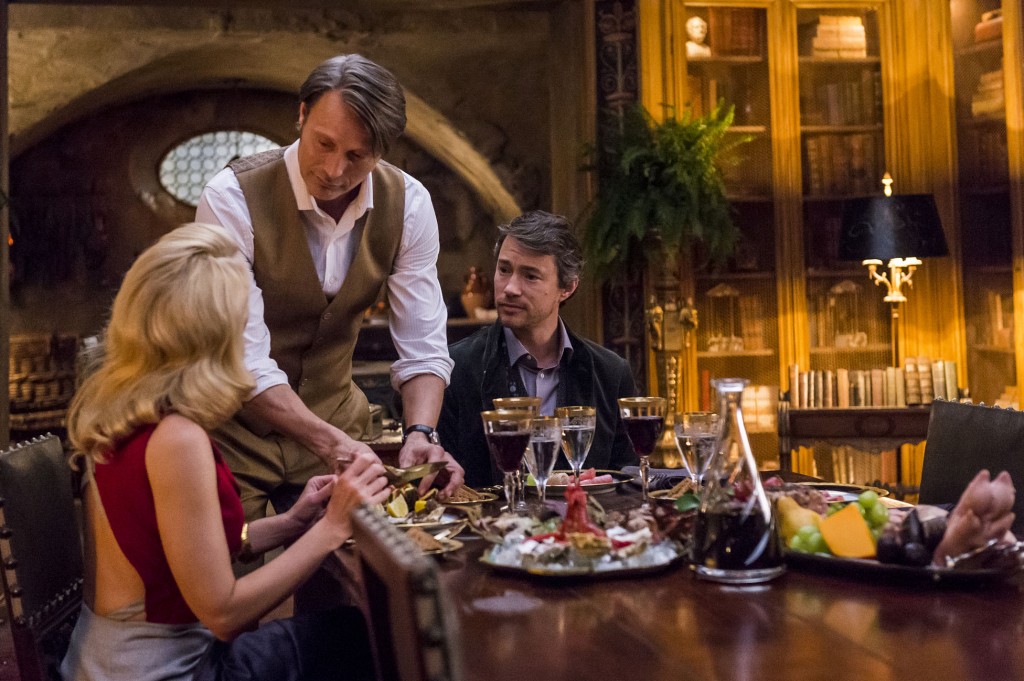 “Hannibal” the dark and haunting series returns for its third season, in which the fate of the characters and the continuation of the psychological games of Hannibal which they will face will be revealed.

After the terrible events that we saw at the end of the second season, Hannibal (Mads Mikkelsen) is located in Europe, accompanied by his psychiatrist Bedelia Du Maurier (Gillian Anderson) with a new identity, but satisfying the same insatiable appetite that characterizes him. The life of Will (Hugh Dancy), Jack (Laurence Fishburne) and Alana (Caroline Dhavernas) carry them in the direction of Hannibal again, each with their own motivations to catch him once and for all, their hunt will provide twists and unexpected surprises.

In the second half of the season, Jack will ask Will to help him catch a new threat, a serial killer who is stalking families, known as the “Tooth Fairy,” but self-proclaimed “The Great Red Dragon“. The situation may force Will to turn to an unpleasant source, his former adversary, Hannibal.