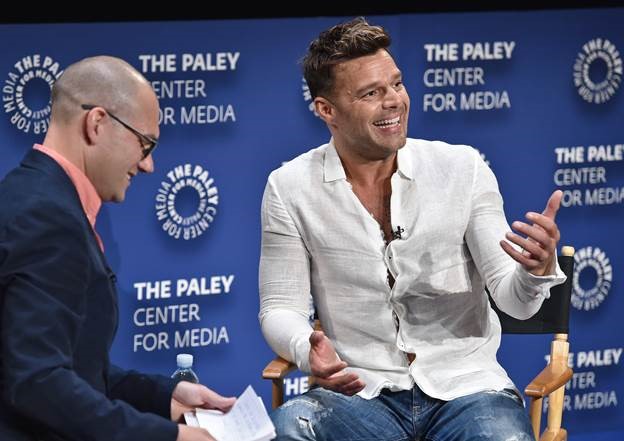 The evening began with a special sneak peek screening of La Banda and was followed by a question and answer with Ricky Martin, moderated by Deadline Hollywood’s Legal editor and chief TV critic Dominic Patten. During the Q&A, Martin shared details about the show, the first global show of its kind in search of the next Latino Super Group, where fans play an important role in the selection and creation of La Banda. Martin is joined by Grammy award-winning internationally recognized artists Alejandro Sanz and Laura Pausini as judges of the competition. Alejandra Espinoza is the host. The winning band will be managed by Ricky Martin himself and will also have the support of the team behind global superstars One Direction and Fifth Harmony. Ricky starts his One World U.S. and Canada tour on September 15, 2015.

Fans can join the conversation and get to know everything about La Banda by following @LaBanda on Instagram, Periscope, Twitter and Vine using #LaBanda; and liking La Banda on Facebook.com/labandatv. Fans can also interact live with the show via the Univision Conecta App. Fans can see more of the show’s action by adding LaBandaTV on Snapchat and subscribing to YouTube.com/LaBandaUnivision, in addition to visiting LaBandaOficial.com.

What is  SYCO Entertainment?

Syco Entertainment, a joint venture between Simon Cowell and Sony Music, is one of the world’s leading global music, film and television production companies responsible for some of the most successful global TV and music franchises and is the world’s most successful producer of international talent. Syco Music was named the UK’s number 1 record label for both A&R and sales in 2014 and is home to internationally successful artists who have sold more than 300 million records to date. Syco is the record label home to Labrinth, One Direction, Susan Boyle, Little Mix, IL Divo, Fifth Harmony, and Ella Henderson amongst others. Syco’s television assets include the global franchises The X Factor and Got Talent. Around the world, The X Factor airs in 168 countries and is watched by more than a half billion people. Artists discovered by the format have sold more than 180 million records worldwide, including 200 number ones and 380 top 10 records. The Got Talent format officially holds the Guinness Book of World Records title for highest number of adaptations, making it the “Worlds Most Successful Reality TV Format,” having been commissioned in an impressive 68 territories worldwide. America’s Got Talent airs in 186 countries around the globe and has been the #1 US summer reality series for the past decade. Syco Film produced the 2013 #1 global box office hit ” One Direction: This Is Us,” a 3D concert movie with Sony Pictures and have recently partnered with Animal Logic (The Lego Movie, Happy Feet) to produce a number of music-based live action-hybrid animated movies.

What is  Saban Brands?