Tell the world about yourself! Let’s start with your background. 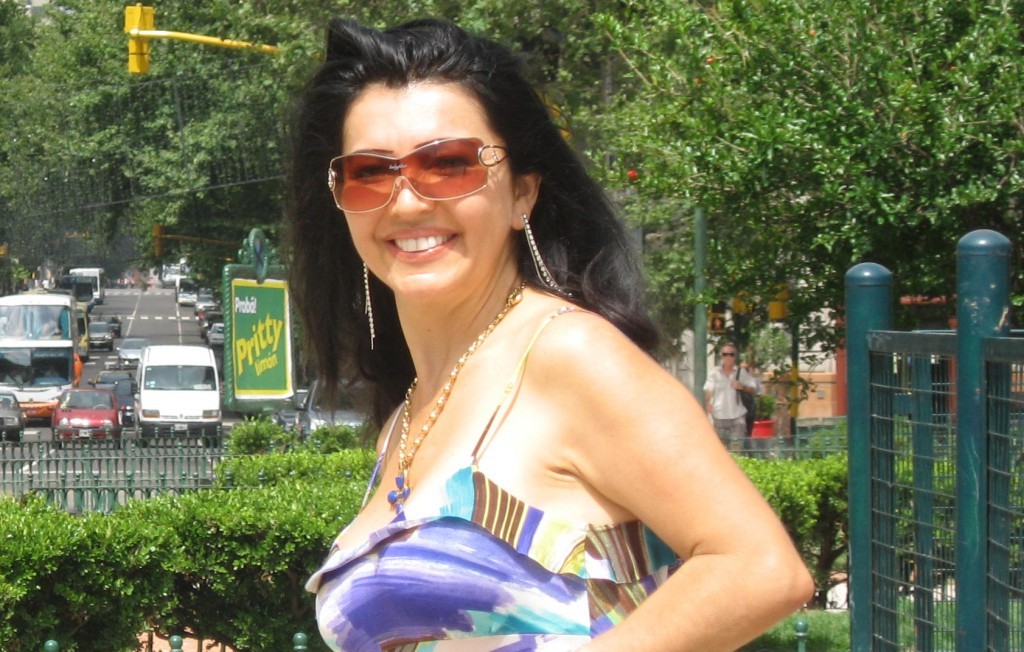 I was born in a tiny village called Jamundí in the Department of Valle del Cauca, Colombia.  I spent my childhood and my youth between studies, theater classes, and helping my mother sort eggs on a farm where she worked during the day. At night, she worked as a seamstress, and I would help her sew on buttons; my mother dressed the rich village girls while my two sisters and I had very little to wear. By my own initiative (which I’ve always had plenty of) and unbeknownst to my mother and my sisters, I sold mangoes and oranges that my mother had planted in our backyard. I spent my earnings on sweets and toys.

After childhood came a marvelous (and busy) youth: I modeled and participated in beauty pageants, fashion shows and commercials, as well as theater, radio, film and TV, and eventually launched my career in media. I worked with Caracol Television on their most successful comedy program of the time (and one that’s endured over the years), Sabados Felices (Happy Saturdays). I was an actress and I also wrote several segments for the show. I went on to serve as official host of the International Humor Festival, which was organized by Caracol TV under renowned producer, director and presenter, Alfonso Lizarazo. It ran for three consecutive years and included a TV tour around Columbia that featured world-class comedians. Simultaneously, I juggled work in artist promotions and wrote, produced and marketed artistic events. I also attended the Lyceum of Telecommunications and Universidad Libre, where I studied political science for four years.

You reside in Miami now—when did you make the move from Colombia? 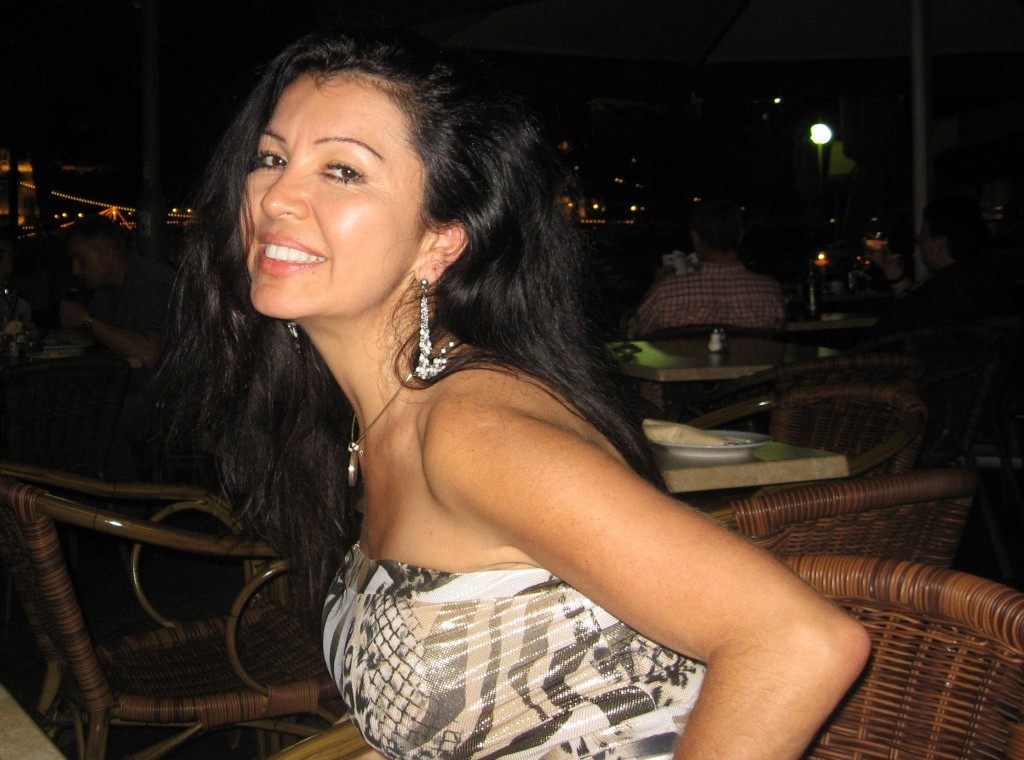 I settled in Miami in 1991 to study television production at Martin College. Meanwhile, I also served as director of entertainment, art and culture for the newspaper Imagen Latinoamericana (Latin American Image) and continued to work in television. I created a program for PBS channel 17, worked in production on the hit show Confesiones de tu idolo (Confessions of your Idol) with Betty Pino for Univision Channel 23, and I produced and hosted a Latin American-focused program called Imagen Latinoamericana (Latin American Image).

Despite all of this, it was difficult to make a living in Miami at that time. I picked up extra projects, working on two radio programs and launching a non-profit artists’ organization—but I still felt that the “American dream” did not exist for me.  I was just another poor Miami resident.

What inspired you to soldier on?

Well, I believe that no effort is in vain, and I was suddenly surprised by an angel named Gustavo Nieto-Roa, a pioneer of Colombian cinema who admired my career and knew my trajectory, my aspirations and my guts. He gave me the opportunity to be manager of Latin American sales and business development at his distribution company, VISTA INTERNACIONAL. For five years, I traveled around the world analyzing content and designing marketing strategies, sales and communication. You cannot imagine how happy and productive I was! By the time the job came to a close I was 27-years-old and the experience had given me the confidence to listen to my heart and start my own business.

In 1997, I launched Sol Entertainment, a small television distribution company, in the U.S. It led to working in Miami, Madrid and Buenos Aires, and after residing in each of those places I founded TV MAS Magazine in 1999. My tenacity, experience and credibility in the industry enabled me to establish my own specialized business—one that combined communications, serious journalism and the analysis that was missing in our industry.

Did you encounter any obstacles?

Of course. Establishing this new medium wasn’t easy—it was done in an environment of economic crisis, the famous Tequila crisis, and then 9/11. I became pregnant, so I experienced added pressures about my future. I also struggled being the only woman who owns a magazine in an environment dominated by men. I needed to sustain myself as a woman with dignity, single mother, and as an entrepreneur without financial muscle. It wasn’t easy, but in the end it was fun and satisfying.

Tenacity is a gift to be cultivated, and once I’d gotten TV MAS established I went on to design the first (and to this day, only) Global Summit of the Telenovela and Fiction Series Industry in 2003. The summit is a meeting for the analysis, the redesigning of strategies, and the actualization of this powerful, but very sensitive and highly specialized business in which I have become a great expert. It’s not a market event, because with sales come the challenges of how vendors are involved and knowing the products and services that they offer. So the focus remains on analysis, strategy and actualization, and I have organized it with leading teams of talented industry personalities in the United States, Latin America and Europe for 12 years now.

Congratulations. Aside from the magazine and the summit, are you currently working on any other projects?

Today I also work as a consultant in communication, scripts, channels, events and productions, and I have new projects in the works. One of them is to establish the Delia Fiallo Awards—a sort of Oscar for the Telenovela genre. Currently, there are awards that recognize companies that produce telenovelas that are wonderful and successful, but these awards are prizes for marketing. The Delia Fiallo Awards would be a serious and respected award that recognizes excellence.

Do you have any other career lessons or advice for your industry colleagues/younger professionals beginning their careers? 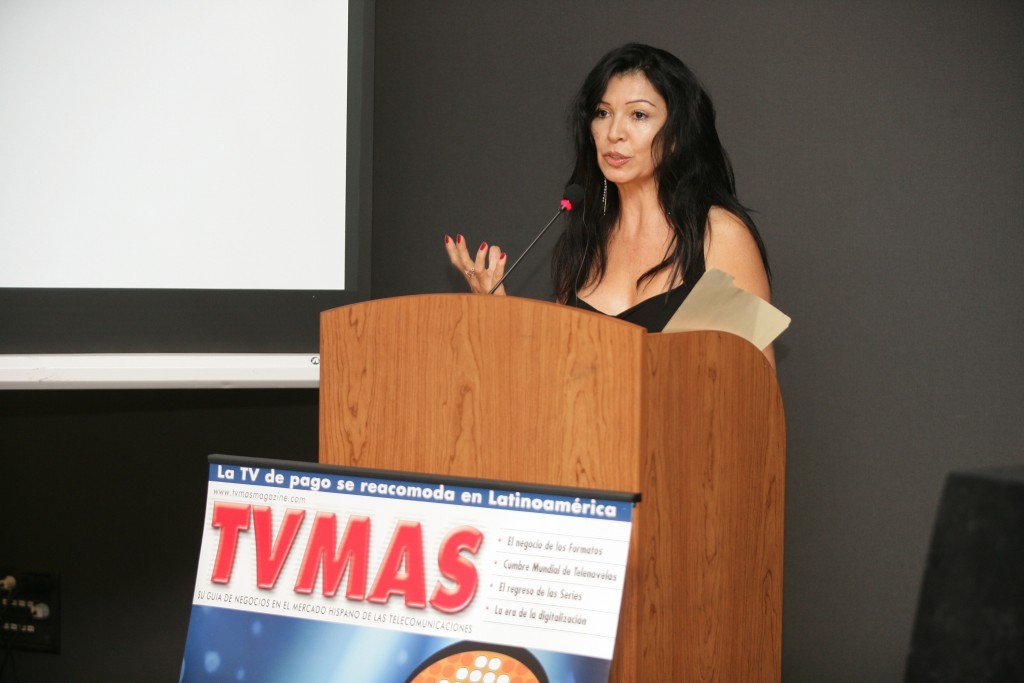 I live well and happy in Miami and earn money in many ways. But the main source of my happiness is the sweat of my efforts and the people who believe in me. There have been (and still are) many nights spent sitting at my computer, devising, creating, analyzing, writing, editing, reading and editing books and screenplays. Many hours are spent flying and traveling around the world, not only to earn a living but also to contribute my skills and expertise abroad.

I’m moving forward with optimism and creativity, but I never forget where I come from or the determination I’ve had since I was a child, helping my mother to sew on buttons and selling mangoes and oranges from my backyard. Everything in life is fantastic when achievements are made freehand, through work, creativity and honesty.

Want to connect with Amanda?