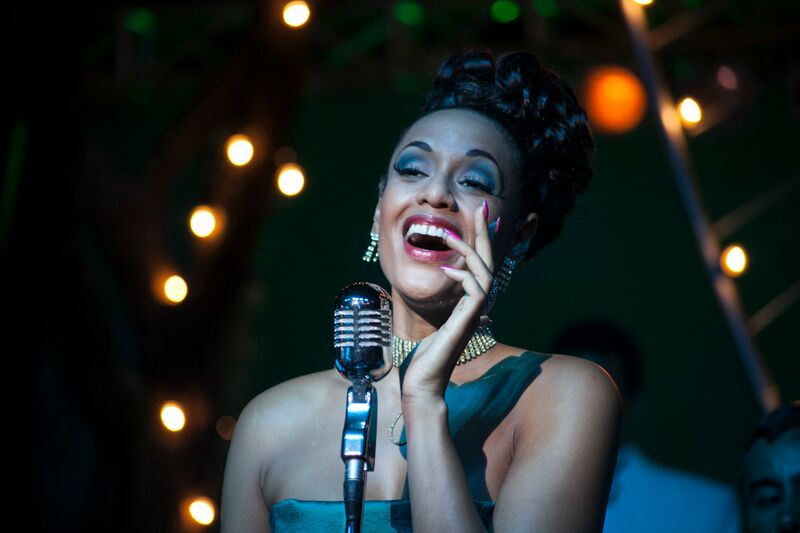 In anticipation of the premiere of the eagerly awaited series “Celia,” TELEMUNDO presents three specials dedicated to the “Queen of Salsa.” The special programming begins this Saturday, October 10 at 8pm/7c with “Celia Cruz Azúcar,” the 2003 concert in honor of the famous singer, followed at 10pm/9c by a look back at her personal and professional life on “Nuestros ídolos: Celia Cruz.” On Tuesday, October 13, the network will air “Celia por Siempre” at 7pm/6c, leading up to the premiere of “Celia” (8pm/7c), the drama series that narrates the life and musical legacy of a woman who launched her career in the middle of the Cuban revolution, at a time when female singers didn’t have a place on stage.

Hosted by “Un Nuevo Día” co-host Rashel Díaz, “Celia Cruz Azúcar” (October 10, 8pm/7c), is a special two-hour broadcast of a concert held in honor of Celia in 2003. It will feature original performances, rehearsal footage and an interview with Celia and her husband, Pedro Knight. Some of the artists who participated in the event – Víctor Manuelle, Olga Tañón and others – will look back on that magical evening and the unforgettable moments they spent with the legendary Cuban singer.

“Nuestros ídolos: Celia Cruz” (October 10, 10pm/9c) will recap the personal and professional life of the incomparable Celia Cruz, from childhood and her debut on Cuban radio through her memorable funeral, touching on her love story with Pedro Knight and the success she earned along the way. The one-hour documentary features the voice of Celia herself, as well as interviews with some of the people who knew her best, including good friends, schoolmates, agents, godchildren, composers and producers. Produced in association with the Celia Cruz Knight Estate with the support of the Celia Cruz Legacy Project, the program contains never-before-seen video and images from Celia Cruz’s private collection.

“Celia por Siempre” (October 13, 7pm/6c), recounts intimate moments in Celia’s life offstage as told by some of her closest friends, among them Emilio and Gloria Estefan, Oscar de León and Willy Chirino. This up-close look shows us a Celia beyond the glamorous wigs and stage makeup, focusing on her role as woman, Cuban, wife, aunt and friend.

Featuring a stellar cast including Jeimy Osorio and Modesto Lacén as the young Celia Cruz and Pedro Knight, with the introduction of Aymée Nuviola and Willie Denton playing the couple in their later years, “Celia” is a production of Fox Telecolombia and RCN licensed to TELEMUNDO. The series was directed by Victor Mallarino and Liliana Bocanegra, with Nelson Martínez as executive producer and a screenplay based on a script by Andrés Salgado and Paul Rodríguez. 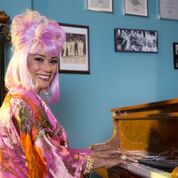