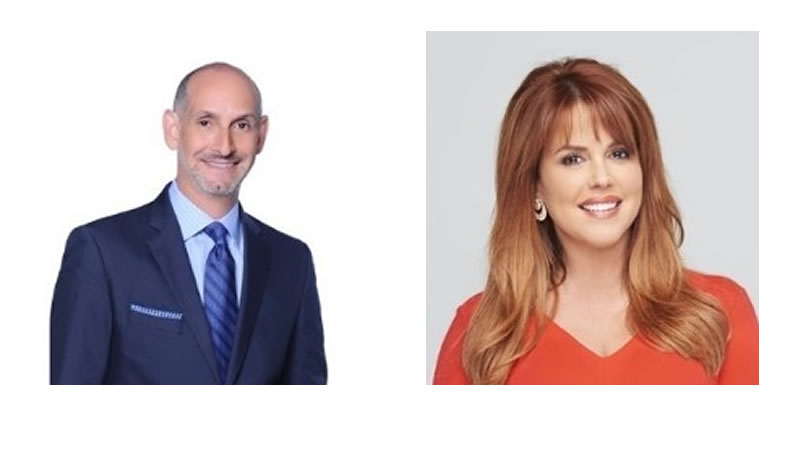 Broadcasting & Cable and Multichannel News announced that Luis Silberwasser, President, Telemundo Network will be interviewed by María Celeste Arrarás, Co-anchor, “Noticiero Telemundo” and Host, “Al Rojo Vivo con María Celeste,” in a special presentation session that was recently added to the agenda for  the 13th Annual Hispanic Television Summit.  The one-day conference covering the business of Hispanic television in the United States, Latin America and around the world is set for Thursday, October 22 at the Park Central Hotel New York.

This year, for the first time, the Hispanic Television Summit will be one of the signature events that make up New York City Television Week, which also includes The Next TV Summit & Expo, The Content Show, Advanced Advertising and the Broadcasting & Cable Hall of Fame.

“Telemundo’s continued participation in the Hispanic Television Summit is extremely gratifying,” said Louis Hillelson, VP/Group Publisher, Broadcasting & Cable/Multichannel News. “The high profile participation of both Luis and Maria Celeste – two of the most noteworthy and influential figures in all of Hispanic television – underscores the Summit’s position as the premiere industry conference of its kind.”

Entitled The Importance of Creating Original Content for Today’s Hispanic Audiences, the session will look at why original content is critical for the Hispanic media market as audience tastes change in today’s cross-cultural environment from traditional telenovela formats to faster paced super series, the evolution of live music and sports events, as well as the trans-adaptation of popular general market reality series for Spanish speaking audiences.

Luis Silberwasser was named President of Telemundo in August 2014. He has overall responsibility for the Telemundo broadcast network, including Telemundo Studios, the leading producer of original Spanish-language primetime content for U.S. Hispanics. Working closely with NBCUniversal’s Hispanic Group senior team and Telemundo’s leadership, Silberwasser is responsible for developing and executing the Spanish-language network’s entertainment, sports and news growth strategy.  Prior to joining Telemundo, he was Executive Vice President and Chief Content Officer for Discovery Networks International.

María Celeste Arrarás, an Emmy® award-winning journalist and investigative reporter, is one of the most popular Spanish-language television news personalities. She has been a guest host for NBC’s “Today” show and has collaborated with “Dateline” and “NBC Nightly News with Brian Williams.” She is a past recipient of the Award for Outstanding Achievement in Hispanic Television presented to her at the third annual Hispanic Television Summit.

The Hispanic Television Summit is the premier event for those in the business of television for Hispanic audiences and covers programming, advertising, online distribution technology and this year will especially feature the genre of telenovelas. Over 500 executives attend from the U.S., Latin America, Europe and other territories, representing broadcasters, pay TV providers, over-the-top digital providers, programming networks, production companies, advertisers, ad agencies, technology suppliers, research firms, investors and more.

The Summit is produced by The Schramm Marketing Group, based in New York City.