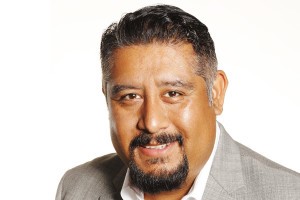 He is now Executive Vice President of initiatives for the US. Endemol Shine Latino USA, as announced in a press release Cris Abrego and Charlie Corwin, co-chairs and General co-managers of Endemol Shine North America.

His career includes having been Executive Vice President in BIG VIDA Entertainment, where he oversaw the production of the NCLR ALMA Awards, along with executive producer Eva Longoria, and also produced the film about the recital of Gerardo Ortiz “Como un Sueño.” Was one of the main programming executives in the cable network mun2 (now NBCUniverso), Telemundo NBCUniversal, where he spent nearly a decade developing the mixture of bilingual network programming aimed at the generation of the end of the Millennium and that combined series among which included the hits I Love Jenni “Fugitive of the Law” and “Larrymania”. While at mun2, Morales helped lead the network to the top of the ratings of Hispanics cable channels of the USA, which put an end to over 30 years of leadership of Galavision.

Now develops fiction content, nonfiction and digital aimed at the Hispanic market in the US. and will work in Los Angeles collaborating with the team of Endemol Shine Latino located in Miami.

Endemol Shine Latino focuses on sales and production of the company in Spanish language in the United States and Mexico, will premiere “Gran Hermano” with Telemundo in January and his first fiction drama, “El Vato” for NBCUniverso at the beginning of 2016.