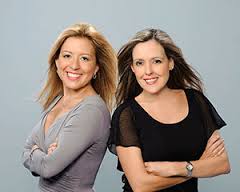 This distributor chaired by Roxana Rotundo, entrepreneur with over 20 years’ experience in the entertainment industry has strengthened in the acquisition and distribution of films, series and telenovelas, as Pantanal, Xica da Silva, Doña Bella. The company has an agreement with Metro-Goldwyn-Mayer Studios Inc. (MGM) including the trilogy “The Hobbit” and the new title of the saga of James Bond, “Skyfall”, among many others.

For these achievements, VIP 2000 TV, prepares a party for clients, media and talents within the framework of NATPE 2016 for a night of celebration on Sunday, January 17 at 7 PM at the Miami Beach Botanical Garden.

This year the company embarked on a new challenge, the production of original content, with an important group of writers headed by Cesar Sierra. Thus was born ESCANDALOS, a series of 40 unitaries in which each episode the viewer will recognize a real-life scandal with global impact by its high media coverage.

This program has had a successful receptivity and has been placed in 12 TV channels in Latin America, USA and iTunes, being the first Spanish series of independent production in this important digital platform.

The second season will begin filming in Puerto Rico before NATPE 2016 and Colombia and Argentina come together as producing countries.

Another program is TOMAME O DEJAME, (TAKE ME OR LEAVE ME) co-production of VIP 2000 TV with Nirvana Films under the direction of Ricardo Alamo, a series of 20 chapters. Its first season has a Story Line hitch.

At the party will be shown the new series written and produced by the same group of“Escándalos”, “PRUEBA DE FE”, another original idea of VIP 2000 TV.