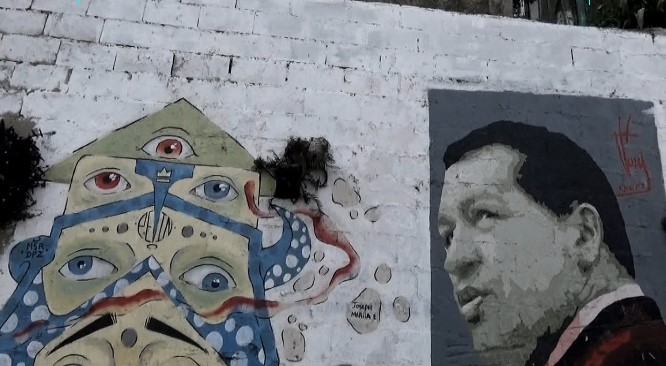 For the first time, a team of foreign journalists gets to record in the National Assembly. The Special locates the current whereabouts of ETA member Iñaki de Juana Chaos. Tomorrow, Saturday 9 this report produced by Antena 3 News, focuses on this South American country that is currently on the edge of disaster and suffering an unprecedented economic, financial, social and political crisis.

Reporters have verified on-site everyday of Venezuelans: the long queues to buy basic commodities in a country of empty shelves by brutal shortages of food and medicines. It is, moreover, a country in which money is worthless and that suffers the highest inflation of the planet.

The special covers a country to the limit where human life has no value and whose capital, Caracas, is today the most violent city in the world. The program collects statements from victims and enters a television camera for the first time in the most troubled neighborhoods where the police dares not.

Also for the first time, a team of foreign journalists gets to record in the National Assembly. There, after 17 years of Chavismo, the opposition has an absolute majority despite not serving them for anything since President Nicolas Maduro continues to concentrate all power.

The program team follows the trail of terrorist Iñaki de Juana Chaos, last located to the north of Caracas, and has managed to locate his new whereabouts. Great team work of ANTENA TRES News.