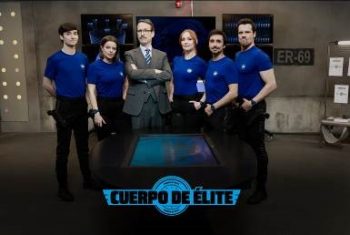 The channel begins the year of absolute premieres with this comedy with its debut next Thursday, February 8, in prime time and in simultaneous emission with Spain to the US Hispanic market and LATAM.

The protagonists are the best agents of each autonomous community – a technical specialist in deactivation of explosive devices, TEDAX; Green beret; a (false) national police; a Mossa d’esquadra, and an Ertzaina- whose mission will change in each chapter. The crazy situations that will arise and their peculiar characters will be basic ingredients in this hooligan humor comedy.

Since the government approved its creation during the transition, there is a secret special operations group formed by members of different police forces that protects the country without anyone knowing of its existence. Given the success of this unique Elite Corps – although it is hard to believe it, seeing the actions of its members – the Minister of the Interior decides to expand the project and set up a new unit.

In addition to exclusive releases,  ATRESERIES also offers the viewer the possibility to enjoy the titles of the extensive catalog of Atresmedia, which covers the most diverse genres: historical and period series, romantic, juvenile, comedy and family series, with titles as significant as Gran Hotel, El Internado and Policías.