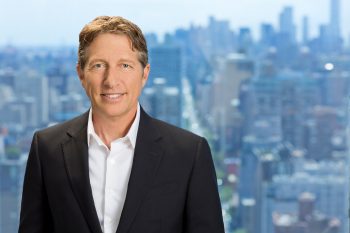 Following the resignation of Isaac Lee, Univision’s new CEO Vince Sadusky spoke for the first time about the disruption in the distribution of Univision networks and stations by DISH during the quarterly report on earnings. His statements occurred less than a week after the President of DISH’s board of directors, Charlie Ergen, who said that the elimination of Univision networks and stations is “probably permanent.”

More than six weeks ago, DISH took out several Univision television channels and stations from its satellite services and Sling TV. Since then, countless Latino consumers have expressed frustration at not being able to watch the news, sports and entertainment programming in Spanish offered by Univision. Politicians and support groups have lamented the negative impact of the interruption of service by DISH, as it affects Hispanics in the United States.

In his remarks last Thursday, Sadusky encouraged DISH clients to find a new television service that supports the Hispanic community and distributes Univision’s Spanish programming. “Twenty years ago, more or less, Univision played an important role in launching DishLATINO, which became a truly successful paid television service. We calculate that Dish sold more than one million DishLATINO plans and that Hispanics represent approximately 20% of their total clientele. If we only count the plans, we calculate that Hispanics have generated more than a billion annually for that company, so we are really important and, ultimately, we drive the largest audience, in terms of Hispanic viewers among Dish customers,” said Vince Sadusky, CEO of Univision.

“It appears that now his decision is pretty firm, so we take what they say very seriously. Charlie says he’s willing to exclude us from their services, so we think he means it. If Dish does not start to negotiate in a really serious manner we are ready to use all the promotional capacity of our company, which is significant, to start convincing the more than one million subscribers of DishLATINO – and for the record that it includes Hispanic subscribers of services not specifically targeted at Latinos-, to get the programming they want from other services,” he added.

Although DISH charges its customers under contract up to $ 480 to cancel their service, there are several services that offer to pay to get out of those contracts (not for attribution, these are Spectrum and Verizon Fios). Meanwhile DISH is offering customers who call to complain a monthly compensation of just $ 5.

Vince Sadusky, CEO of Univision, about DISH says that “we have the best programming in Spanish and an outstanding portfolio of live content, it is important that we receive the fair share of distribution revenue. Our viewers are comparable to those of the five main networks in English; however, Univision receives considerably less than its English counterparts. We focus on narrowing the gap from now on. We are sure of the value of our proposal and that of Hispanic consumers. The Univision team will adopt a long-term perspective, ensuring that we receive fair rates for our content on all of our distribution platforms.”

Charlie Ergen, Chairman of DISH’s Board of Directors on the disruptions in the distribution of Univision (DISH gains during the second quarter report 3/8/18 says that: “this is probably a turning point.) At least in our company, at least at this moment, I feel perhaps a bit more pessimistic than the management team in terms of permanence. I think that in my opinion, this decision is probably permanent.”