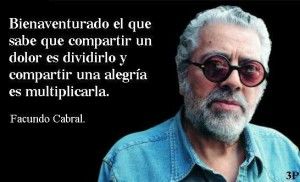 Written by Percy and Gabriela Llanos (father and daughter). Percy, in addition to being a personal friend of Facundo Cabral, was with him, the fateful night of July 9, 2011, when a bullet that had another destination ended with his life. In that last tour Facundo and Percy had time to talk about life and review experiences shared. This was reflected in the book that has now become this documentary.

The testimonies and paths along which Cabral used to travel: his native Argentina, Mexico, Venezuela, Spain, Costa Rica, Guatemala, Italy, Spain … and more are present throughout this production. 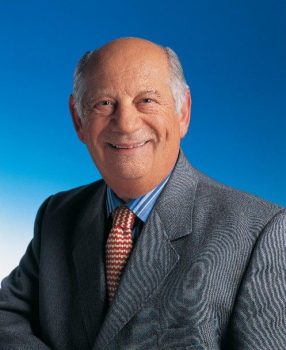 Journalist and writer Osvaldo Boscacci, author of the best-seller “Con el permiso de Dios” (“With God’s Permission”) and other successful novels for television, was in charge of the realization of the storyline, the edition is by Alex Hunter, incidental music by Francisco Cabrujasand the executive production and direction of Arnaldo Limansky, with a great track record in the international market. On September 12 will be presented to the media at 2550 NW 100 Avenue – Doral, FL 33172 – “URBE UNIVERSITY” at 6:00 P.M.