Lisette Osorio, Vice President of International Sales for Caracol Television of Colombia, said: “Un Bandido Honrado is a bold and innovative project that will take the market by surprise in 2019. We are risking with the production of original stories, addressing familiar topics from new visions, to speak to audiences around the world. 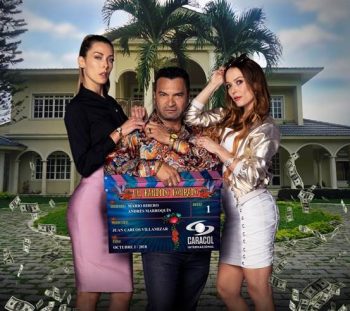 Filming of “Un Bandido Honrado” (60x1h) has already begun, a super production that will be one of its main bets for 2019. This series features a stellar cast, made up of well-known actors Diego Vásquez (“La Mamá del 10“,”La Niña” and “Sin Tetas No Hay Paraíso “), Carolina Acevedo (“La Nocturna“,”Esmeraldas” and “Nuevo Rico, Nuevo Pobre“), and Norma Nivia (“Cuando Vivas Conmigo” and ” La Viuda Negra”).

“El Pequeño Ortega” is a mafia boss who decides to change his life and get away from the crimes and sins of the past, to be an honest man. How difficult it will be for Ortega to become a corrected man! Now he will have to leave the criminal world, be faithful to his wife, raise his children away from easy money and take his old band of criminals out of crime. His path to redemption will be complicated, because he must make a great effort to get away from the temptations that the world brings outside the law. 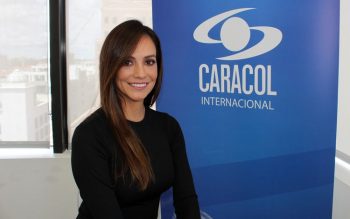 “This comedy is part of the new approach to the issue of drug trafficking. On this occasion, trying to approach it from the perspective of humor, justice and redemption,” affirmed Dago García, Vice President of Production of Caracol Television.

Recorded in 4k with cinema optics, it will have as producer Juan Carlos Villamizar (“Las Muñecas de la Mafia 2“) and has the direction of Mario Ribero (“Yo Soy Betty la Fea“) and Andrés Marroquín (“La Nocturna“.)