It was a night of recognition for Globo, in Cannes, France. The network received an unprecedented Best Series award at the 2018 International Emmy Kids Awards for ‘Young Hearts: Embrace Diversity’, written by Cao Hamburger and directed by Paulo Silvestrini. 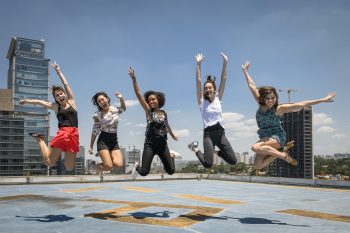 This was the fourth nomination for ‘Young Hearts’ (‘Malhação’, original title). Previously, it was nominated twice for the category ‘Digital’: in 2017, with ‘Malhação – Seu Lugar no Mundo’, written by Emanuel Jacobina and directed by Leonardo Nogueira; and in 2016 with ‘Malhação Sonhos’, written by Rosane Svartman and Paulo Halm, directed by José Alvarenga Jr’s team and general direction by Luiz Henrique Rios. In 2015, it was nominated for ‘Series’. 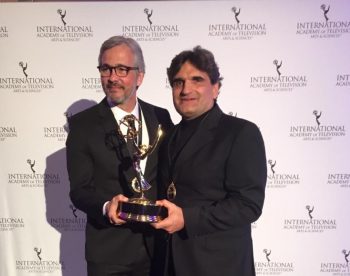 ‘Young Hearts: Embrace Diversity’ competed for the Emmy International Kids 2018 with productions from Germany, Australia and Canada. The winning season celebrated diversity in São Paulo, with the story of five girls from different backgrounds, experiences and personalities and their friendship as the narrative thread. The plot followed these young girls’ lives and how they discovered together the beauty of living, confronting and celebrating differences. 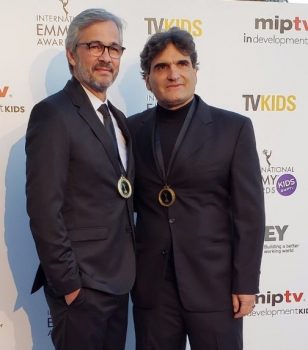 Cao Hamburger and Paulo Silvestrini, series author and art director, received the prize and talked about the joy of being awarded. “The international recognition of this work is important to celebrate diversity in society and in Brazilian culture, our most precious asset. It also reminds us of essential values – such as respect and human rights appreciation, religious, cultural, racial and sexual orientation differences – and the importance of public education, the only way to develop our country. It is the recognition of a high level work by the cast, technical and artistic teams”, says Cao Hamburger. Silvestrini mentioned how meaningful this award is for the team: “It is so cool to see the recognition of something done with love by an incredible team and a wonderful cast that worked seriously on it. Cao is a great partner and friend. I feel so proud of what we have come to accomplish”.

With this new statue, Globo has already gotten 17 Emmy awards.