The audiovisual market gathers in Buenos Aires more than three thousand buyers and sellers of audiovisual content from all over the world. 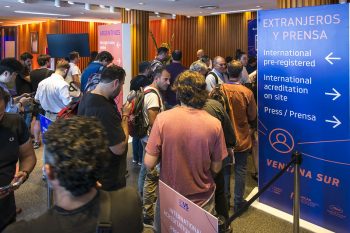 The National Institute of Cinema and Audiovisual Arts (INCAA) and the Marché du Film of the Cannes Festival, inaugurated the 14th edition with activities that will last until December 2 at the Complex of the Universidad Católica Argentina (UCA) and the Cinemark Complex of Puerto Madero. 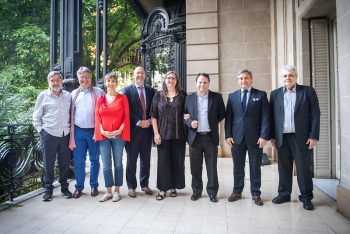 The welcome was given by the Director of Cultural Affairs, Paula Vázquez, who expressed that “promoting Argentine culture beyond borders is one of the missions of the Foreign Ministry, not only as a mechanism to strengthen ties with other peoples, but also to promote the development of the so-called orange industries or knowledge economies, one of the most dynamic sectors with the least ecological impact globally”.

For his part, Nicolás Batlle thanked Cannes for trusting INCAA’s work, and highlighted the organization of the Cannes Film Festival Film Week in Argentina. “These are not easy times for the industry, for the country, but we are confident that we are going to solve the problems and challenges that we have, and surely we are going to have a 2023 with much more cinema, more audiovisuals and many co-productions,” he said.

Cecilia Diez, general producer of Ventana Sur, was satisfied with the return to face-to-face. “This edition exceeded all expectations in number of projects, sections, in the number of companies that joined.”

Finally, Bernardo Bergeret commented on some novelties of this new edition, among which is the participation of Spanish Screenings on Tour, where more than one hundred Spanish audiovisual professionals participate in various activities under the motto “Spanish Audiovisual: Talent and Future”.