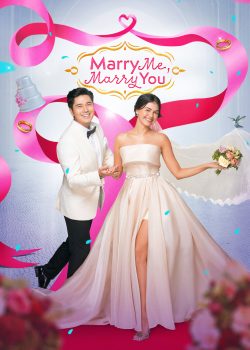 ABS-CBN, the Philippines’ leading content provider, is bringing three of its popular drama series to Malaysia on free to air TV channel TVS 122.

The drama romantic-comedy series “Marry Me, Marry You,” which first premiered in the Philippines in 2021, is currently airing on the channel operated by the Sarawak Media Group, Malaysia’s first state owned TV station. The story follows engaged lovers Camille and Andrei, who struggle to find the perfect balance between their blossoming relationship with their families’ clashing personalities as they make their way to matrimony.

Another series that will air soon on TVS 122 is its award-winning romantic-comedy series “On the Wings of Love.” The show follows the lives of Clark, a simple boy living the American life, and Leah, a girl with an ambitious American dream, and how they find love in each other’s company after their forced marriage to let her legally stay in the United States.